Get updates on the campaign

A recent economic analysis projects legalizing marijuana in Michigan would generate more than $520 million in combined tax revenue in the first five years of implementation. 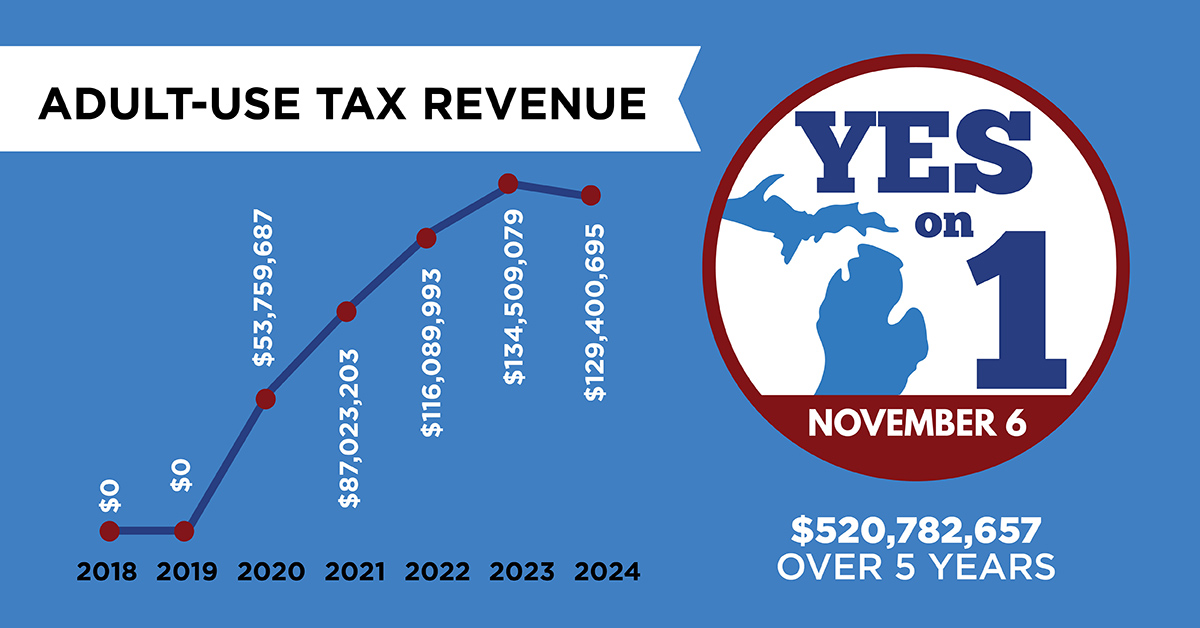 Proposal 1 on Michigan’s November ballot would legalize the possession and consumption of marijuana for all Michigan adults 21 and older while setting a 10 percent excise tax on (non-medical) retail sales. Additionally, all marijuana sales would be subject to the state’s 6 percent sales tax. 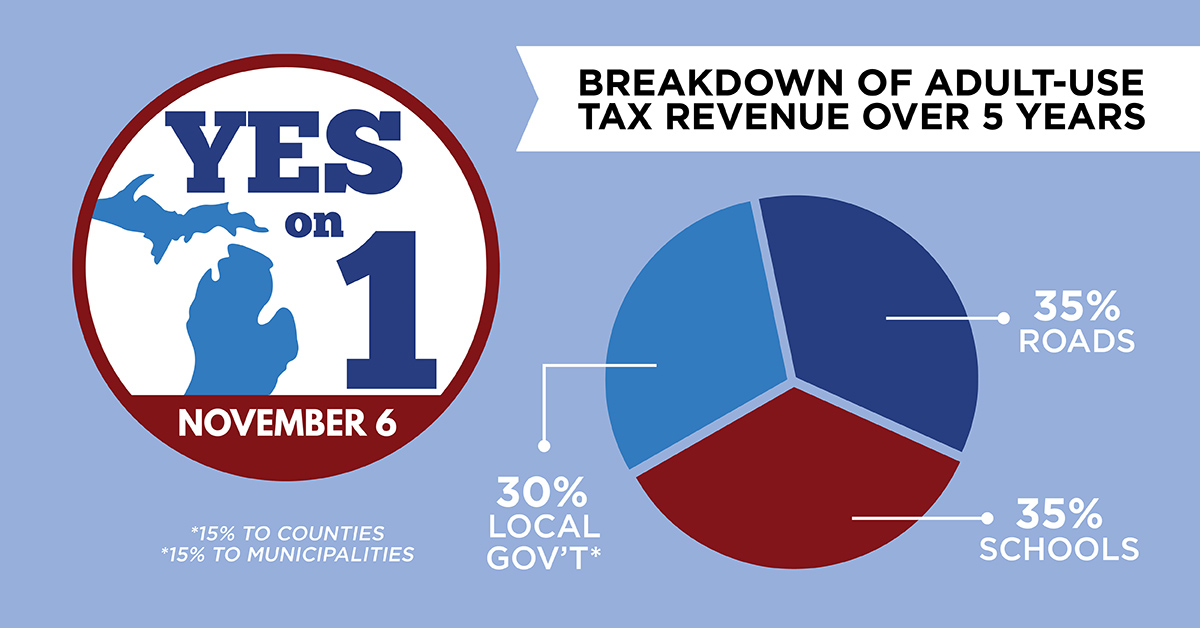 Roads, schools and local governments have been under-funded in Michigan for years. By voting yes on Proposal 1, Michigan will generate hundreds of millions in new revenue for these vital needs. In addition to generating new tax dollars, the state will also save millions of dollars each year by ending the failure of marijuana prohibition.

The tax analysis was conducted by VS Strategies, a national cannabis policy consulting firm based in Colorado. The report anticipates the first adult-use businesses opening in Michigan by 2020. By 2024, the 10 percent tax on adult-use marijuana will generate a total of more than $325 million while the 6 percent sales tax will bring in another $195 million. 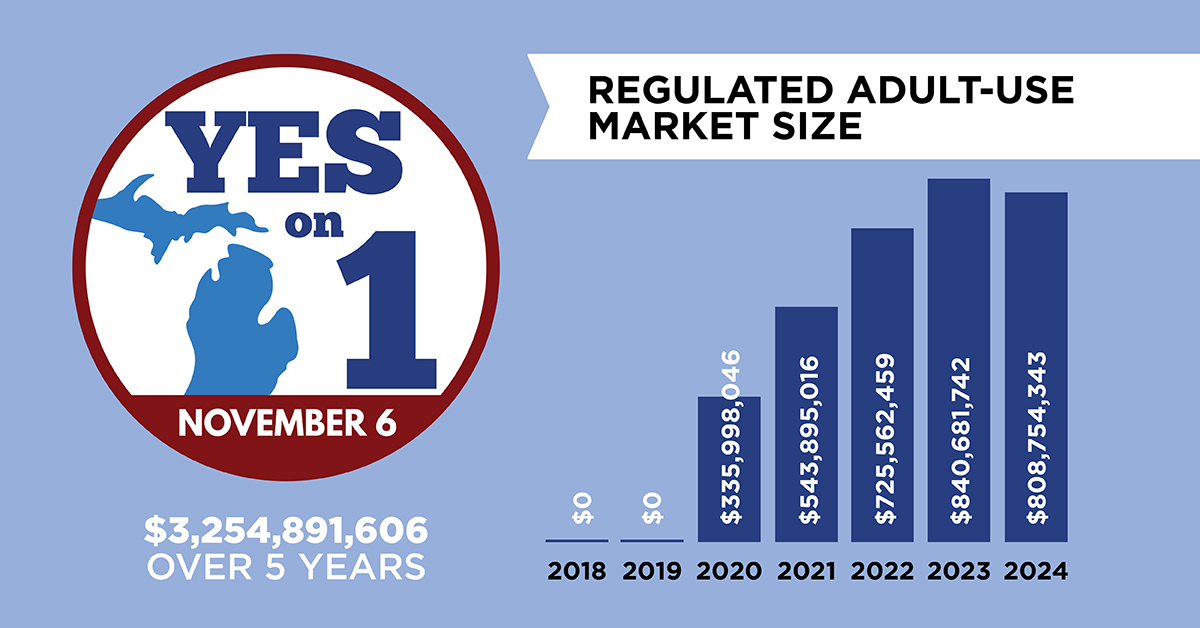 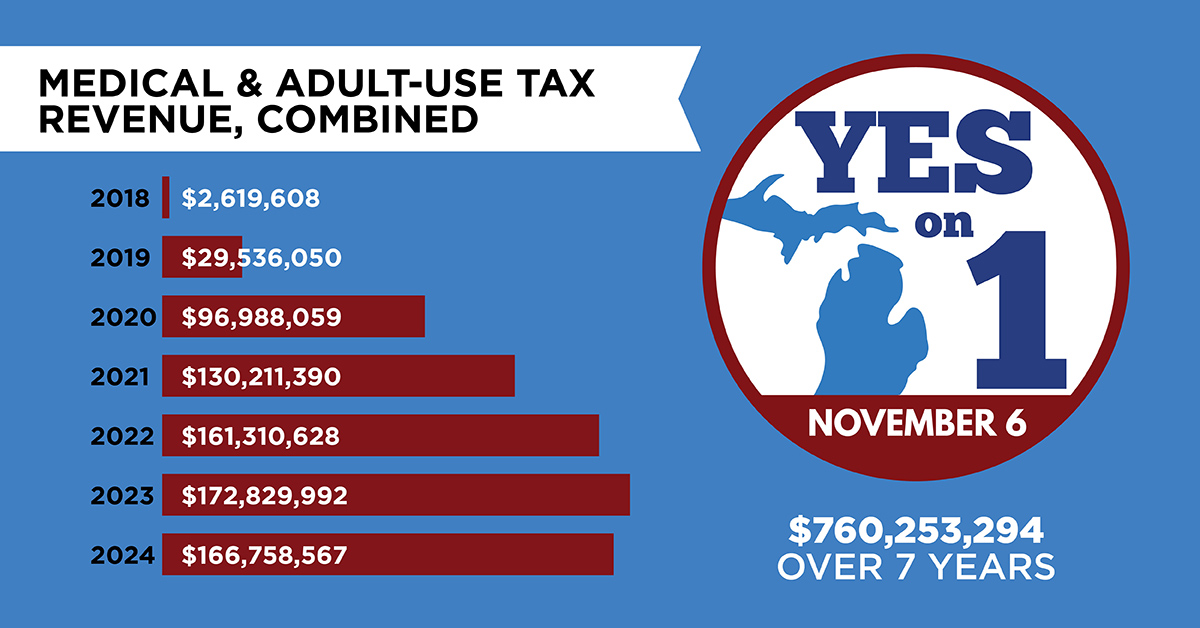 VS Strategies created this demand-side analysis by assessing the number and growth rate of Michigan marijuana consumers and patients, as well as the number of likely marijuana-consuming tourists from outside the state. The model uses a wide array of data from sources including: the U.S. Census, National Survey on Drug Use and Health, Longwoods International, RAND Corporation, University of Michigan, as well as research commissioned by the Colorado Department of Revenue. In addition, estimated regulated market capture rates are based on data from other legalization states and the firm’s years of experience closely analyzing state marijuana markets across the country.