Get updates on the campaign

A new analysis from the Michigan Senate Fiscal Agency estimates the fiscal impact of passage of Prop 1 and provides further evidence that legalizing and taxing marijuana will greatly benefit Michigan’s schools, roads, and local communities.

The report’s prediction that legalization will annually generate more than $287 million in sales and excise taxes by 2023 is even more bullish than the projections recently published by the YES on 1 campaign. The report anticipates that after the law is implemented and the legal marijuana market has matured, Michigan’s School Aid Fund will see an additional $140 million every year as a result of Prop 1. See the detailed figures from the analysis below: 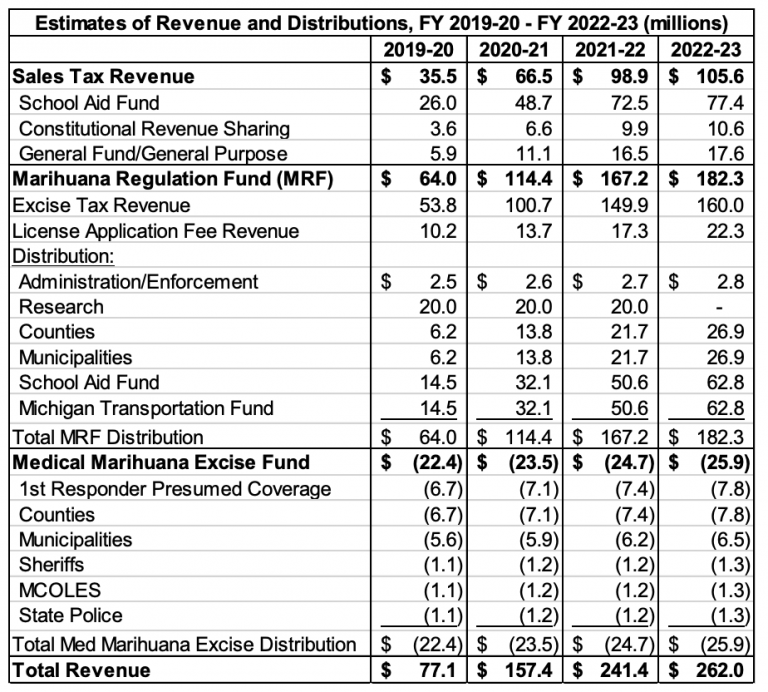 The Senate Fiscal Agency analysis also cites a study finding Michigan spent roughly $91.4 million on enforcing marijuana possession in 2010, and the campaign’s analysis of FBI crime reporting data indicates the vast majority of the 20,000 marijuana possession arrests in the state are for a quarter ounce of marijuana or less.